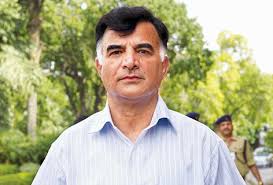 Jammu and Kashmir Current News, Srinagar: Jammu and Kashmir Peoples Democratic Party (PDP) today appointed Dr Mirza Mehboob Beg as the party’s Chief Spokesperson. The announcement in this regard was made by the PDP President, Ms Mehboob Mufti here today.

Born on 4 September 1949 at Sarnal, Anantnag, Dr Beg was a medical practitioner, before joining politics. He studied MBBS from Government Medical College Srinagar.