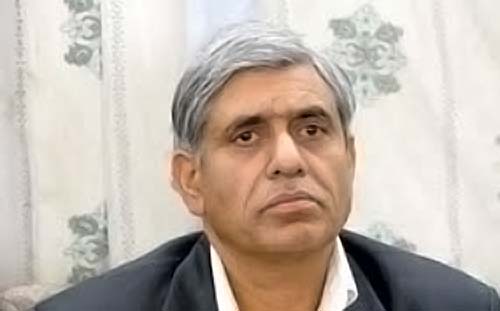 Srinagar: Peoples Democratic Party(PDP) has appreciated government efforts in direction of resolving the immediate problems faced by the people, particularly the flood sufferers , farmers and fruit growers.
In a statement the party general secretary Nizamudin Bhat said that the personal concern of Honâble Chief Ministers and his Srinagar visit has lent a direction to the administration despite bad weather various departments in the administration have got involved in execution of the government decisions on rebuilding of roads, bridges and raising of infrastructure besides the relief and rehabilitation measures.
Bhat said that the party workers are also concerned about peoples worries and are lending necessary cooperation to the administration across the state in tune of the party programme , He said PDP assures people of a positive change in the atmosphere with a promise to help provide a responsive government and accountable administration fully backed by independent judiciary and other democratic institutions.
Bhat said PDP has invited the attention of government towards the water logged areas including the agricultural land in low-lying areas . PDP seeks immediate action from the department of Irrigation and Flood Control as well as PDD to address the problems arising out of water logging. He said that PDD should ensure adequate power supply in areas where pump-sheds are at work. Also the irrigation department needs to make all pump-sheds functional in valley particularly in Sonawari and Bandipore.
He urged the government that UEED department may be asked to expedite activity in the Srinagar city where various roads continue to remain blocked and some low-lying areas face difficulties due to piled-up mud and rain water.
Bhat sought the attention of the government towards the condition of employees who have not received salaries for several months. He said that the government should ensure immediate release of funds to various departments.